The ToolsPick > Blog > Tenon Saw Vs Dovetail Saw – Which is Perfect for your Projcet? 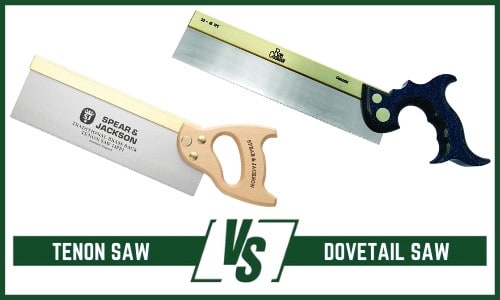 Tenon Saw Vs Dovetail Saw – Which is Perfect for your Projcet?

Although they look almost the same when displayed together, the subtle differences between a tenon saw and a dovetail saw bring accuracy and precision to your work. A clear understanding of the two saws will allow you to take your joinery skills to a higher level; you can use both saws in respective projects and make the cuts as precise as possible.

Let’s learn how they are different and dispel all the confusions around tenon saw vs. dovetail saw.

Tenon Saw Vs. Dovetail Saw: Everything You Need to Know

The Tenon Saw vs. Dovetail Saw debate can be a rather heated issue for people looking to buy one or the other type of saws. There are many factors that you have to consider before making your decision on which saw is best for you. Now, I will help you weigh the options and figure out what is best for your needs. Let’s start… 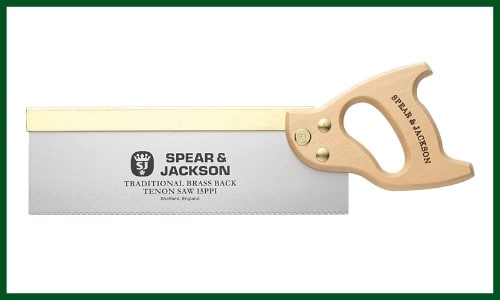 You may have heard the word ‘backsaw’ from a friend of yours, or someone who is a woodworker. You guessed it right, tenon saws belong to the backsaw family. A backsaw refers to a type saw that has a metal or wooden spine attached along the back of the blade. It is meant to keep the blade straight and firm when cutting through lumber.

The basic application of a tenon saw is to cut cheeks and shoulders of a tenon joint. It has a thicker and longer blade than that of a dovetail saw. Plus, the teeth are finer that of other saws in the backsaw family. When you cut across the grain, it shows the ability to make 1 or 2-inch deep cuts.

Dovetail saw is also from the backsaw family with a metal or wooden spine along the back, as I mentioned earlier. However, it has shorter and thinner blade if compared to the blade of a tenon saw. Unlike the tenon saw, it leaves a shallower kerf while ripping through a lumber.

What Is the Difference Between A Dovetail Saw and A Tenon Saw?

A tenon saw is a more general purpose, less specialized saw. As the name suggests, it is designed to make quick work of cutting tenons and other grooved or housed joints.

On the other hand, the Dovetail saw is used for cutting dovetails. Dovetails are one of the strongest joints in woodworking. A dovetail saw cuts on the pull stroke, which makes it ideal for cutting along the grain of the wood.

If you are still not quite sure about tenon saw vs dovetail saw, here I will break it for you. As mentioned earlier, there are some subtle differences between these two saws. Following are the key differences you will notice in them:

The blade of a tenon saw is taller and thicker than that of the dovetail saw. So, it will exert more force when stretched along the arc of a tenon.

Dovetail saw blades are usually smaller in size and have a much finer blade angle. This makes the tenon saw a more versatile saw while the dovetail saw is best suited for fine work.

Also Read: How to Pick A Dovetail Chisels for Woodworking.

The dovetail saw makes rip cuts, whereas the tenon saw cuts across the grain. However, the tenon saw is not the best tool to use if you are looking for clean crosscuts.

The dovetail saw has finer teeth with higher TPI (teeth per inch) than its counterpart. However, the tenon saw also has fine teeth with lower TPI. That’s why the tenon saw provides faster cut and is more efficient when making large crosscuts.

The tenon saws are specially designed to cut cheeks and shoulders of a tenon joint, whereas the dovetail is used to achieve accuracy and precision. To get perfect dovetails, you will need to use a chisel or knife to clean up the waste left behind by the saw.

Dovetail saws are difficult to use as compared to tenon saws. That’s why, if you buy a dovetail saw, make sure to practice a lot before you attempt any tenon cuts.

Can One Use A Tenon Saw for Dovetails?

The tenon saw is typically a general-purpose saw and the go-to choice for cutting joinery. Some manufacturers even make the blade thicker and the teeth wider to make it even more capable for cutting joinery such as dovetails. But this wider tooth makes it difficult to control, which can create accuracy problems with dovetails.

I recommend using a dovetail saw for the fine work of making dovetails. The thinner blade and finely shaped teeth will help to achieve the accuracy needed for the work.

Read Also: How to Choose A Perfect Wood Rasp For Woodworking.

Both saws are great in respective type of works and at one point, you will need both of them. However, if you are not sure of buying the two saws at a time, you can opt for the tenon saw first. It will allow you to make deep cuts and partially achieve precision.

Yeah, this is it. Hopefully, you have got a clear idea about the two amazing saws and all your doubt regarding tenon saw vs. dovetail saw is cleared. Now you can start working and let us know about your success! 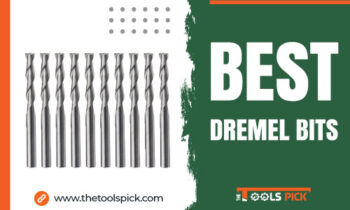 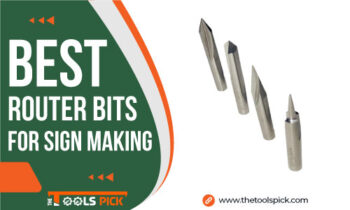