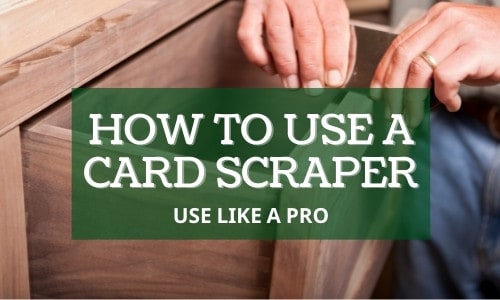 How to Use A Card Scraper – (Use Like A Pro)

A card scraper is one of the most underutilized tools in a modern Workshop. Mostly because they don’t need to be plugged-in. They are especially dismissed as old-fashioned in favor of electric Sanders that fills our lungs with dust and our noses with boogers; nonetheless, you should give the card scraper a second look.

A card scraper can save you a lot of work if you learn to sharpen and use them properly. In this article, I will guide you on how to use a card scraper.

Instructions on Using A Card Scraper 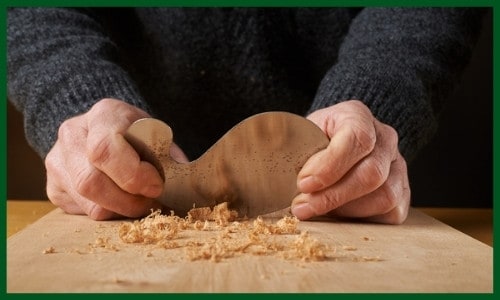 Now, let’s look at some techniques: A card scraper is actually more like a Hand plane than a scraper. You don’t want just to scrape; you would want to shear the wood fiber.

That’s why you will go to such an effort to create a hook on a card scraper edge. That hook should cut the fibers on the surface of the workpiece. And as a result, creating fine shavings and leaving behind a glassy surface.

Read Also: How to Choose A Card Scraper Burnisher for Sharping.

The most common way to use a scraper is to hold it with your thumbs. Hold the card scraper against the center and apply pressure to create a slight bow. Now set the scraper on your workpiece at a forward angle. As you push it across the surface, you can make slight modifications to that angle until you start getting shavings.

If you hold your scraper too close to perpendicular to the workpiece, your hook edge won’t contact wood. Too much angle and that hook will just skip across the surface. End result, only creating dust instead of shavings. It won’t take long till you get a feel for that proper angle.

It’s All about the Bending

You’ll notice that the center of the scraper is doing all the work. The corners aren’t touching wood at all. The more of a bend you put in the scraper, the more aggressive the cut will be at the center.

This allows you to take heavier shavings when working on a particular part of your surface, such as removing tool marks left by a power jointer and planer or to quickly smooth the surface that would otherwise require a lot of time working through different grits of sandpaper.

Scrapers come in different thicknesses. If you’re having trouble bending it to the way you want, you can try a thinner one.

You’ll actually be scooping out the wood with a card scraper, leaving a hollow where you scrape. It might be slight, but with the right finishing light, it can be noticeable. You may want to begin with a more aggressive cut and finish leveling out the entire surface with a minimal bend at the center.

Push or Pull the Scraper

I would recommend doing the level with the pulling technique. You need to place fingers along the scrape’s bottom edge, putting a tiny bend in it. Hold it almost perpendicular to the surface, tilting it just enough to keep it from skipping across as you pull it towards yourself. This technique is best done If you rounded off the corners of the card scraper.

As you work, you should also keep an eye on how the light reflects off the surface. This will reveal the low points that need to be a level bit more.

You don’t always have to push the scraper. You can also pull it towards you using your fingertips to create that bend rather than your thumbs. Sometimes it’s nice to switch from push to pull when your thumbs get too tired.

Card Scraper Creating Too Much Heat!

You can also make or purchase Jigs to hold your scraper for you. These are adjustable to the amount of bends that you want. The only downside is that you have to stop and readjust if you’re going to change that bend quite often. One thing they are nice at is protecting your fingers from burns. As you scrape, the friction will generate a lot of heat and actually become too painful to hold barehanded.

Some people place business card sized refrigerator magnets on the scrapers to act as a heat sink; that does help.

How do they do it with old buildings before sandpaper was common? They had no choice but to scrap their projects. Did they just have tougher thumbs? No! their solution was much more obvious.

For their project, they sharpen three or four scrapers. If one became too hot, they just dropped it and picked up another one. Since each scraper has at least four edges. Four scrapers gave them 16 cutting edges to wear out before they had to go back and resharpen. Plenty to see them through the entire project without stopping.

Finally, one of the best reasons for using scrapers is to help you quickly smooth uneven surfaces. Scrapers come in all sorts of shapes and sizes including curves and Hollows. Also, you can even file a profile into them for cleaning up the tear-out. Therefore, there are almost unlimited uses for card scrapers. I believe those who have taken the time to learn how to use a card scraper are always glad they did. 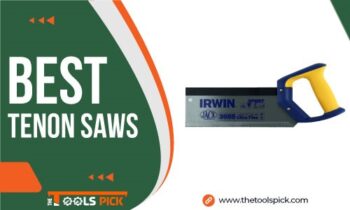 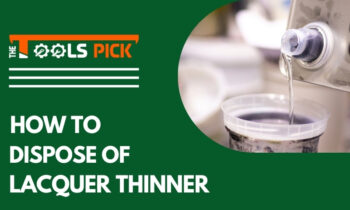 How To Dispose Of Lacquer Thinner – 7 Effective Tactics 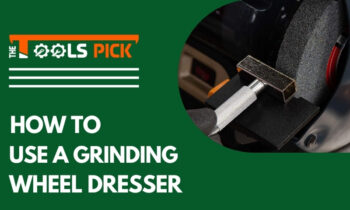