The ToolsPick > Blog > Lacquer Thinner Vs Paint Thinner – Which One Should I Use?

Lacquer Thinner Vs Paint Thinner – Which One Should I Use?

Below I will try to do exactly that and find out the difference between these two solvents.

Lacquer Thinner Vs. Paint Thinner: A Close Up View

Thinners are actually solvents made of substances that are capable of working with oil-based paints. It helps to thin out paints as well as cleaning paints and painting tools after using them.

If you want to know what is the difference between paint thinner and lacquer thinner, you’ll need to scroll just a little downwards to find out.

What Is Lacquer Thinner?

As the definition goes, lacquer is a liquid made of shellac dissolved in alcohol, or synthetic substance, that dries to form a hard protective coating for wood, metal, etc.

Lacquer thinners are primarily made to thin out paints containing lacquer. They are generally used to clean brushes, rollers, and spray paint tools after using lacquer paint. It counterattacks lacquer and removes it.

What Does Lacquer Thinner Contain?

Ingredients vary from brand to brand when it comes to products like lacquer thinner. Still there are few ingredients that are commonly seen in making these solvents, you can see it if you check the ingredients before buying them. Such as Acetone, Toluene, Methyl Ethyl Ketone, Xylene, Butyl Acetate etc.

1. Helps clean paint. A lot of lacquer thinner contains kerosene and it works strongly against paints. It means if there’s any unwanted smudge of paint visible even if it’s dried and hardened, with just a little amount of lacquer thinner it can be cleaned in no time.

2. It can help bring the original thickness of lacquer. Often after leaving an open can of lacquer-based paint, it becomes thicker, that’s where lacquer thinner comes handy.

3. Lacquer thinner has the capability to remove tar, grease or tree sap. Even though there are other special products for this work to be done, lacquer thinner also gets the work done with the need of a little precaution.

4. Lacquer thinner is an amazing product for thinning sheen. If either amyl, ethyl or both are found in lacquer thinner it can be used to thin out gloss or sheen.

What Is Paint Thinner?

Paint thinner is a solvent that is designed to reduce thickness of paint. After a can of paint is opened for the first time it has the perfect consistency for application with any painting tools, but after leaving it open for a longer while it can become thicker or begin to harden. That’s where paint thinner comes handy. It can be used to bring back the original consistency. It can also be used to remove tar buildup.

What Does Paint Thinner Contain?

Normally products that are referred to as paint thinners are mineral spirits with a flash point at about 104F(40C). Mineral spirits can be addressed as white spirits. These are actually made up of hydrocarbons that are left over from petroleum distillation.

1. Paint thinner can be used to bring back the original consistency in oil-based paints.

2. It can help clean painting tools after using them.

3. It can be used as a paint remover when needed.

2. Lacquer thinner is a product made of many ingredients, paint thinner often contains just one or two ingredients.

5. Lacquer thinner has a very strong odor; paint thinner often has either very low odor or none at all.

Which Is Better Lacquer Thinner or Paint Thinner?

Although both are designed to be used on oil-based paints, there is no good or better when it comes to these two solvents. Yes, it can be said that according to different bases of preference both of them can be equally popular.

On the other hand, as paint thinner is a lot less harsh than lacquer thinner it is popular among people who want to take up DIY projects, as with just a few precautionary steps it is easy to use at home without any professional help.

Also Read: How to Get Rid of Paint Thinner Smell from Wood.

Can Lacquer Thinner be Used as Paint Thinner?

After examining the chemical formation, it can be seen that lacquer thinner and paint thinner don’t share similar ingredients. Thus, it is suggested not to use either solvent as a substitute for the other. Though both of them are designed to work on oily substances and oily tools. Lacquer thinner is much stronger and more aggressive solvent designed to work on inks and adhesives.

Learning about lacquer thinner vs paint thinner is just the tip of the iceberg, you also need to look after yourself while using it. Wearing safety gear such as gloves, mask and eye protection is a must because these are flammable and the fumes create breathing problems. 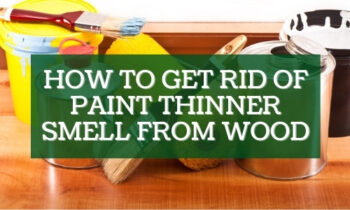 How to Get Rid of Paint Thinner Smell from Wood 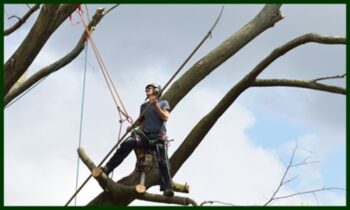 How to Restring A Pole Saw: Step by Step Guide 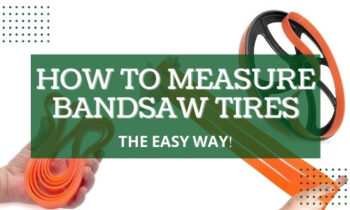 How to Measure Band Saw Tires – The Easy Way!
One thought on “Lacquer Thinner Vs Paint Thinner – Which One Should I Use?”
Write a Reply or Comment Cancel reply
Previous Article Best Paint Thinner for Any Project 2022 – [Top Picks & Reviews]
Next Article How to Polish Glass Edges After Cutting – 3 Easy Ways